My life has been marked by loss and resiliency. Throughout my childhood I navigated many deaths, most due to the aging family I entered as a late-in-life baby, but others that occurred much before their time.

My paternal grandfather had died by suicide some 15 years before I was born, yet this loss permeated my childhood. My father carried this loss with him and while rarely mentioning it I knew it had scarred him and informed his worldview. In sixth grade, a classmate died by suicide and I remember the shocked faces of my classmates and the ways in which adults around us tried to skirt the issue. Fast forward to adulthood and three more classmates took their own lives after graduation. (Did I mention my graduating class was a whopping 35 people?)

After a year in which six close family members and friends died in quick succession (2 cancer, 1 suicide, 1 heart attack, 1 overdose, 1 blessed old age), I, at the encouragement of my father, made an appointment with a counselor. In being able to talk through my life experience and make meaning of it with a non-involved but very empathetic and compassionate listener, I found my place in the world. The sanctity of the therapy room and the holding space she created for me were so important and so impactful that I decided to return to school to become a counselor myself.

As so many do in early years of providing psychotherapy, I worked with all sorts of clients and began to determine what was the best fit for me. I worked in a larger practice, then branched out on my own working hard over the years to build a thriving mental health practice, Bodhi. I had a vision of a practice that not only provided mental health counseling, but also recognized that the soul often needs some healing as well. Bodhi has become a refuge in the world and a place where clients and clinicians alike are finding their way through suffering with compassion and post-traumatic growth.

Eight years into my practice, I received the call that no therapist wants…. A young client had died by suicide. I had just seen him the week before. He had been my client for years. I cared deeply for him and his struggle. And he was gone. Really gone. Completely gone. At his own hands and in his own family home. While not my first loss to suicide, this was the first loss where I had offered what everyone says is missing after a suicide….mental health counseling. I was his safeguard. I was his counselor. I was supposed to keep this from happening. And yet….I hadn’t.

Thankfully my client’s family welcomed me into their mourning. They invited me to his wake and funeral. They had every reason to make me the enemy, and instead they opened their hearts in compassion and companionship as they grieved their son and brother. His mother even offered me time alone with him at the viewing, for which I am ever grateful, as it was space I desperately needed to begin my own grief journey. At the funeral I felt the loneliest I had ever felt in my life, sitting amongst hundreds of people without the ability to say how I knew him, but knowing I knew parts of him they may have been unaware of. Parts of him that he was just learning himself. The connection and space holding that is psychotherapy was once more revealed to me in all of its facets.

It was my father I called as I processed my grief. Suddenly I understood him even better, and I knew he understood me. We connected even more in our loss. On the nights when I woke up with tears streaming down my face in my sleep, it was him I called in the morning. He was one of the only people who I could hear when I was overwhelmed with grief. He knew how to just be with me as I shared the story over and over again.

My father wrestled with depression throughout his life and once told me that he often had suicidal thoughts but did his best to reach out for help so as to not burden my siblings and I with the sort of death he experienced with his father. In all honesty, I truly anticipated that he would one day die by suicide himself, but I’m grateful to say that his last breath was a peaceful sigh at the age of 84 with family by his side.  His death was the same year as my client, and I believe my father gave me a path for grieving him as he ushered me through my grief for my client.

My practice as a psychotherapist from that year on became almost exclusively focused on non-normative grief. I accompany those who have lost a loved one to suicide, homicide, overdose, or other sudden death as well as those who have been unable to integrate various losses throughout their life. I believe in the transformative power of grief and loss and in the synchronicity of experience and destiny.

I met Jordan Lally through a mutual friend who said, “you two have to meet, you’re working from the same place.” I am so thankful for this connection as I believe we are indeed working from the same place to build a world in which we approach mental health from a stance of abundance, connection, and compassion. I believe we are examples of the many who are awakening in their grief to do the work we were meant for in this world. I am excited and thankful to be a part of the Ed LallyFoundation Board and to work with people who truly get the importance of mental health and creating consciousness in everything they do.

May you awaken to your best self. 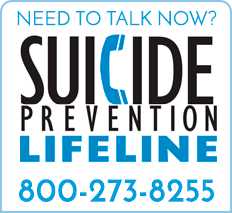